The Trends Shaping the Future of the KBB Industry

Trends are not what determines the future of an industry

Trends are just the CATALYST.

What determines the future of an industry is how businesses REACT to the changes in consumer behaviours brought about by these trends.

At TREND-MONITOR, we analyse trends in 3 stages

+  And thirdly we look at how consumer attitudes and behaviours are changing because of this trend.

At the 2017 Bathroom Manufacturers Association annual B&K Business Conference, our Research Director Jane Blakeborough outlined a number of key trends that are forcing changes in our housing, in our household structure and also in consumer behaviour.

The reason for this increase is simple – there are more births than deaths, and there is also the effect of net migration which has been ongoing since the 1990’s. 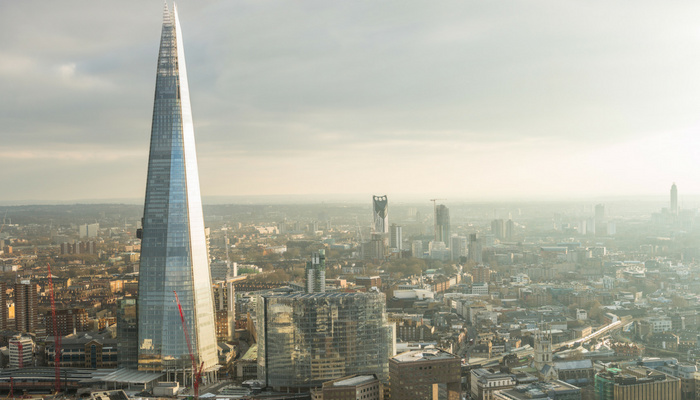 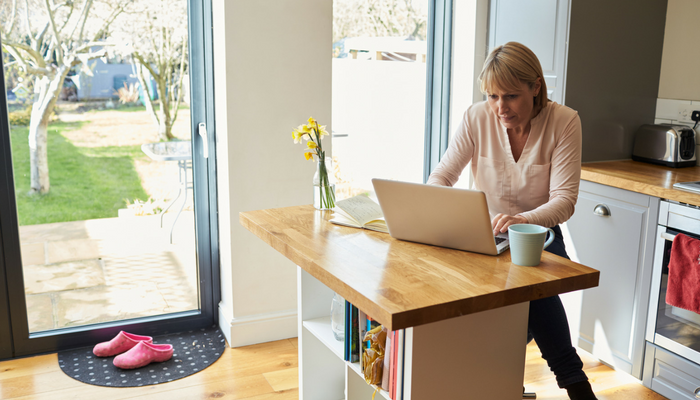 Hybrid-living recognises that homes are becoming dual function – places to both live comfortably and work efficiently.

Trend-Monitor’s own research found that 40% of people currently planning a new kitchen need to accommodate space for a laptop – either for working at home or for homework.

Today’s technology means we are no longer tied to the office – we can work wherever and whenever we like – from café, from a beach, but mainly from home.

This trend is being driven by the younger people coming into the job market who see flexibility as essential and expect to spend at least part of their work hours working from home.

Households are not always families

When we think of households, we tend to think in terms of FAMILIES.  We should start to think more in terms of HOUSEHOLDS

There are 27.1 million HOUSEHOLDS in the UK, which are defined as being “one person living alone or a group of people, living at the same address who share cooking facilities and a social space – a living room or dining room
Can be a family or more than one family or not related at all”

70% of these households are made up of families , defined as “a married, civil partnered or co-habiting couple with or without dependent children.  Or a lone parent with at least one dependent child living at the same address”

This leaves 30% of households that are alternative households or non-family households.  According to the Office of National Statistics, it is these household types that are increasing in numbers 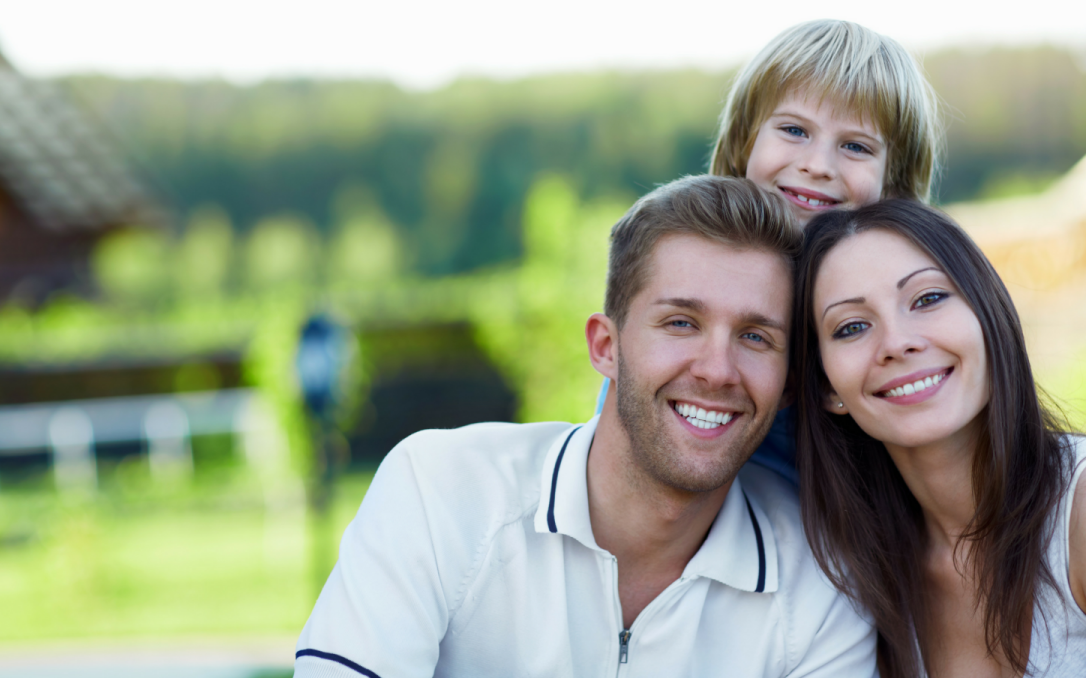 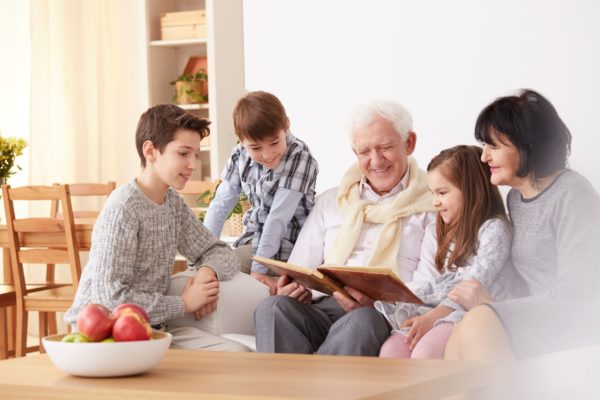 These are households where there are 3 or more generations of the same family living together. For example a couple with children and an elderly relative also living with them.  Or a couple whose son/daughter has married and had children of their own, then moved back in with them.

There are 1.8 million of these multi-generational households in the UK.  Research has shown that this household arrangement is a very positive experience and numbers are likely to increase.

However the  main issue is the lack of privacy especially when it comes to bathrooms.  So these are the households that are putting in more bathrooms – under the stairs, in the loft space and into single storey extensions, especially now the planning regulations have been relaxed.

There are more and more young single adults returning to live at home – especially young male adults, an estimated 3.3 million in 2016.

These households are not included in the family category because the returner is generally aged between 20 and 34 and is classed as an independent adult.

This situation is often caused by young adults returning home after college or wanting to save up for a deposit on their own house.

Or where there a relationship breakdown with children involved – the children are most likely to stay with their mother and they are classed as a lone parent family unit,  but the man in this situation often ends up with his parents and this is classed as a household rather than a family. 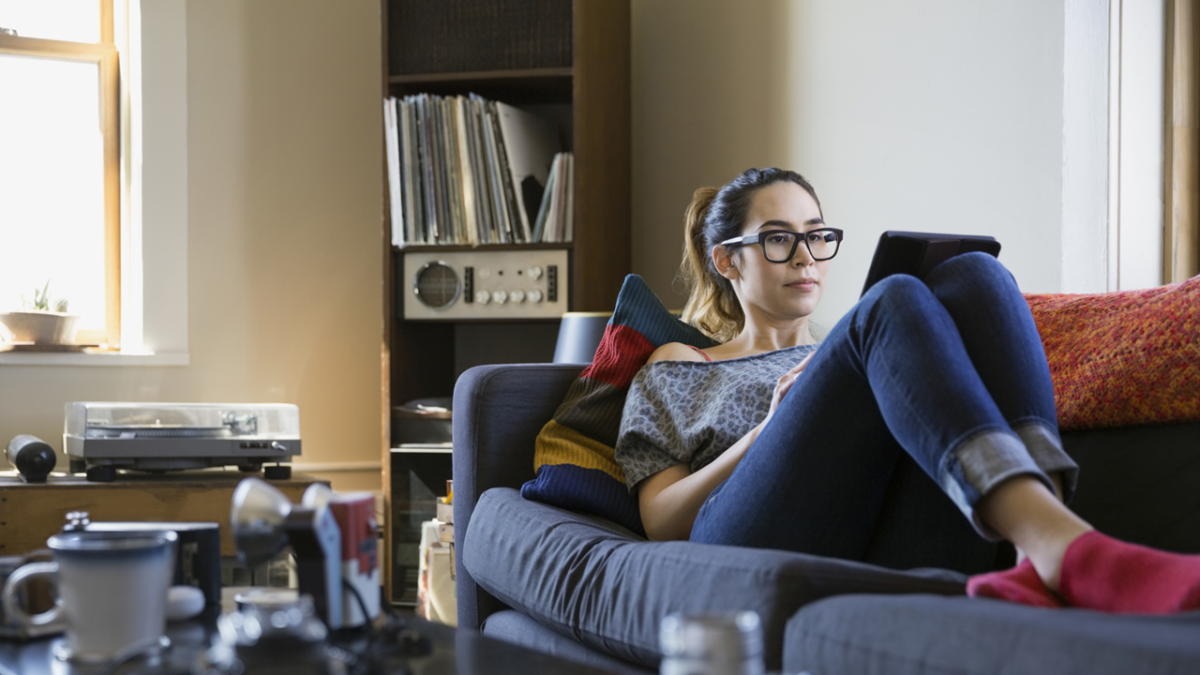 There are 7.7 million one-person households in the UK.

We used to be called a nation of pet owners

But we have evolved …. we are now a nation of “pet parents”

As UK birth rates go down, pet ownership is going up and in the US, China and the EU there are more PETS than children

And many of us spend more on our PETS than we do on our children.

Pets are huge trend; so much so that Ikea has launched its first pet furniture range, its called LURVIG

And it includes scaled down versions of iconic Ikea sofas 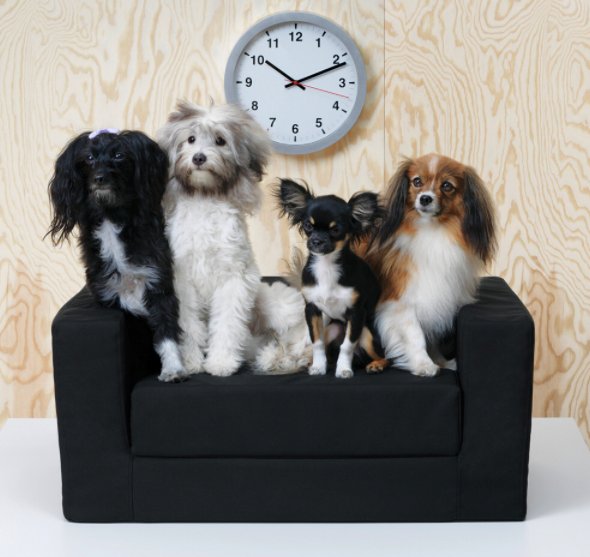 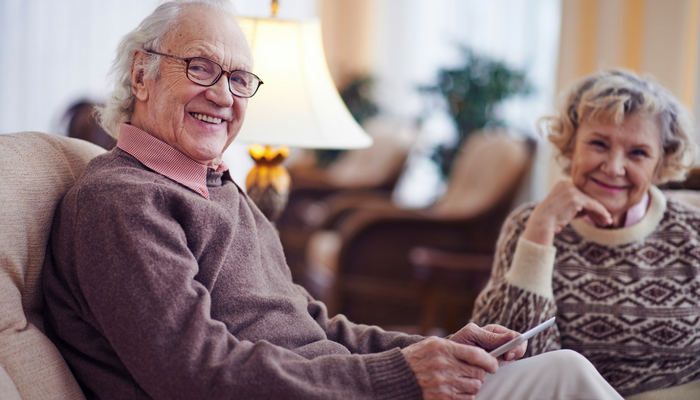 People are living longer and not only are they in better health, they are better educated and more affluence than previous generations – they have money to spend and they are spending it!  On experiences such as holidays, health clubs and hobbies, on cars and household goods

But what our elderly generation want to do more than anything – is to “age in place” – to live independently in their own home.

A true smart home reacts instinctively to the individual requirements of the occupants – from the youngest to the oldest.  It learns behaviours and provides intelligence . And it can bring peace of mind to relatives of elderly people still living on their own – allowing them to ‘check-in’ and know that they are safe, secure, eating properly and moving about enough.

Today’s consumers are choosing to rent rather than buy.

And not just their homes; car leasing is at an all-time high, we rent music via spotify and films via netflix.  We rent computer software and apps.  We are even going back to renting appliances.

Everything is subscription based – buying what we need, when we need it and only for as long as we need it.

We have much more transient lifestyles and our younger generations don’t see the need to own things when they can rent what they need for a short time, and maintain their financial and social freedom. 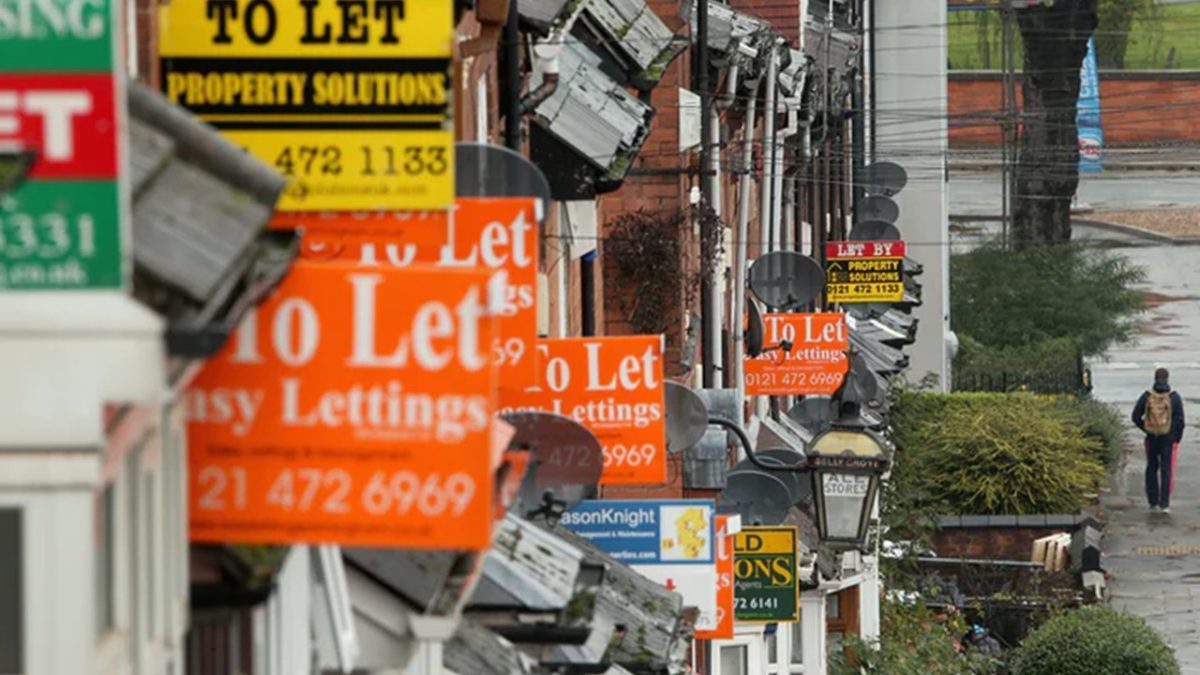 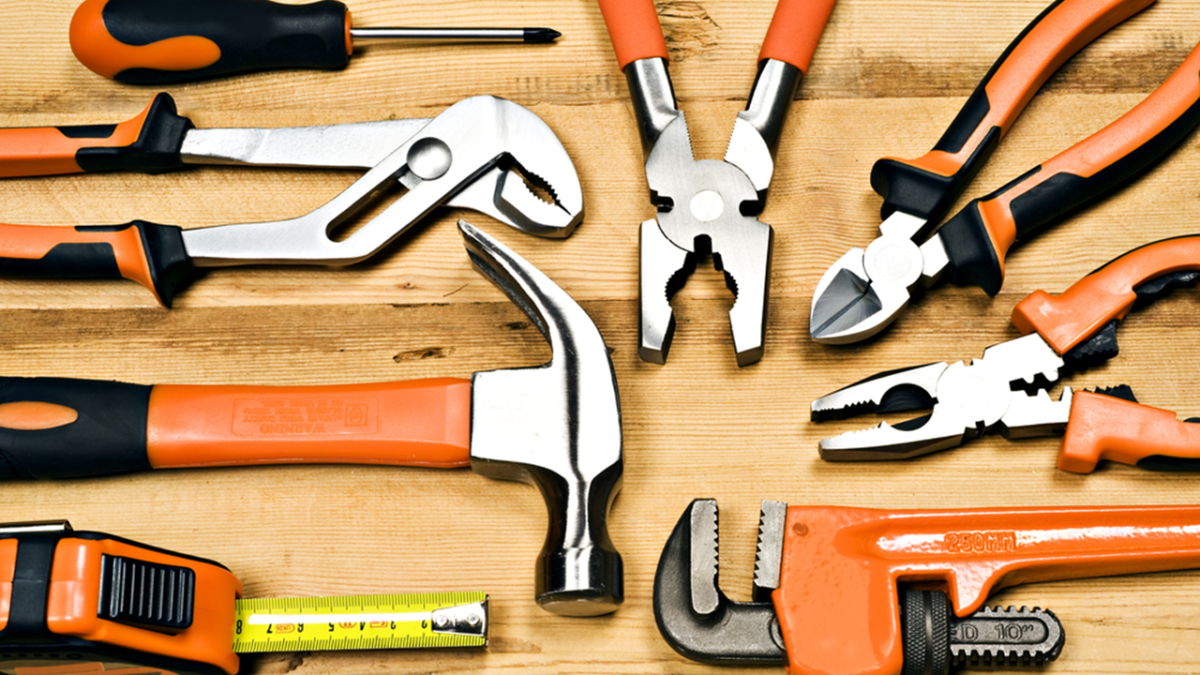 DIY skills are dying out  and the younger generations coming onto the housing ladder are not taught how to DIY by their parents.  The elderly demographic, who may have previously enjoyed a spot of DIY, are no longer able to but do have the disposable income to pay someone else to do it for them.

The booming rental market is key driver for this trend, as well as a sluggish housing market.  The DIY boom years coincided with the housing boom years and homeowners saw DIY as a hobby which also increased the value of their property.  The downturn in the property market proved otherwise.

Our own research into bathroom purchase behaviour found that it was only the very cheapest bathrooms that were being fitted by the homeowner themselves.   As the budget goes up so does the expectation that the installation will be done by a professional.

Our research also found that sourcing a bathroom installer was still done the traditional way – by word of mouth, and an installer was over twice as likely to be appointed based on a recommendation from a family member, colleague or friend than any other source

These NIKE trainers were designed using the NIKE online customisation tool and taps into the consumers’ increasing desire to be treated as an individual rather than part of the mass market.

And consumers are willing to pay to be individual, up to 35% more in the case of these trainers, because customisation takes the decision-making process beyond being just about the cost;  actively engaging in making choices about a product consumers are committing to that product.

Co-creation is another key trend that involves the consumer in the product development process.  This is not a new concept; we have used consumer focus groups and feedback for many years.

However, social media and online platforms such as Crowdicity have enabled this trend to grow.   Brands such as Lego, Starbucks, Nivea have all turned to social media to get ideas for new products and as a result have gained a new, engaged, enthusiastic market.

The ‘Wellness’ trend is a really good example of how consumer attitudes and behaviours have been changed by a combination of bigger, more wide-spread trends

Wellness has had an impact across a number of industries; there are wellness holidays and hotels, wellness gyms and spas, wellness foods, even wellness financial advisers

The Dulux Colour of the Year for 2018 is based on Wellness.  And as an industry, its been a fabulous trend to run with; Duravit, Villeroy and Boch, Laufen, Jacuzzi have all brought out wellness products

But what is ‘wellness’ and why are we seeking it out now?  A closer look at some of the big trends outlined above will give us a clue:-

Urbanisation – we are living in noisy , dirty environments, with a lack of greenery and fresh air

On the one hand we have more people living alone than ever before, leading to increasingly isolated lives

We are bombarded with technology and our increasingly hybrid-homes mean that we cannot switch off from it.

As consumers, we have demanded endless choices to the point where we are constantly in decision-making mode.

And our reaction is to seek out WELLNESS.

Wellness is not just about products.

It’s also about creating a calm space that is individual to us where we can take stock and have moments of privacy, its about natural light, its about air quality and greenery.

Its also about living a lifestyle that is respectful of the environment that we live in.    This has in turn increased interest in water-saving products.  Homeowners now in the process of planning their new bathroom are twice as likely to consider water-saving products than they were even a year- 18 months ago.

Whilst WELLNESS on the one hand is just a marketing term, albeit one that has been jumped on by a wide range of industries,
it is also a very real consumer trend driven by some impressive global mega trends.

Will WELLNESS continue as a trend?
That is debatable, as it is likely to become one of those overused words that consumers start to become sceptical about.

However, will we continue to seek a home environment that has a positive effect on our physical and mental health?
Definitely.

As an industry, the challenge is how to respond to that need