Those who have a deep-rooted connection to a special place report higher levels of wellbeing, which could help explain why we’d rather spend our money on going on holiday than buying material possessions.

Research commissioned by the National Trust in 2017 used brain-scanning techniques to identify that places that are meaningful to us generate a response in areas of the brain that are associated with emotions. In order to investigate this further and find out how these connections actually affect us as people, follow-up research was then commissioned this year, and was conducted online with a sample of over 2,000 adults in the UK.

The report found that when it comes to the types of places that people feel a strong connection to, 58% of people have stronger connections with the outdoors, including coastlines and beaches (23%), woodland and farms (10%) and mountains and hills (9%). By way of contrast, 23% felt a connection to an urban location, including seaside resorts (13%) and other towns and villages (4%).

Drilling deeper into the respondents’ feelings for their special place, the report found that when visiting it, 63% experienced feelings of happiness and 61% said they felt calm, while over a third felt a sense of belonging. When asked if they believed that it is likely that their special place will always be there, 82% of people said that they did, and 69% said that if it were to change or disappear altogether they would be negatively affected. The findings also revealed that almost half of those without a special place said they often felt lonely, compared to 45% of people with a connection to a particular place.

In order to understand whether there was a specific link between having a special place and people’s enduring sense of wellbeing, the report asked respondents a series of general questions replicating the four personal wellbeing questions used by the Office for National Statistics before they were asked about their special place. The findings revealed that those with a special space scored significantly higher on three of the four measures about life satisfaction, happiness and the feeling that what they do in their life is worthwhile.

According to Experian’s Spending Power Index, Brits are increasingly choosing to spend their money on experiences as opposed to material possessions. Its data found that while Millennials and Generation Z are often thought of as being less materialistic, this change in spending is actually cross generational. In fact this year, holiday spending was set to grow fastest among people aged 41 to 45.

While factors such as rental economy and the move away from traditional career models are helping to drive this trend, the National Trust research indicates that there may be another significant strand to it. Travelling, getting out in the world, and forming attachments to particular places does more than just distract us from our day-to-day lives – it turns out it makes us feel happy in a more profound way. For brands considering building some form of experience into their offering, this is big news. 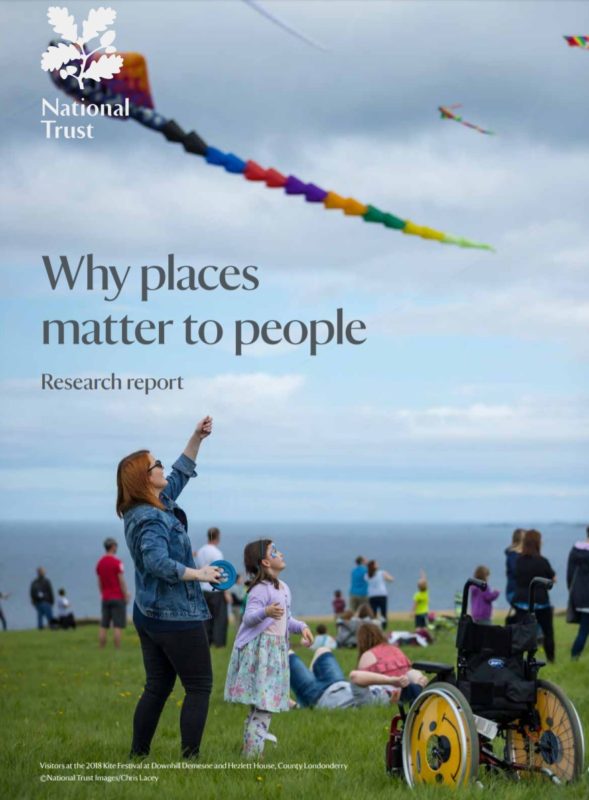