Increasingly time is becoming a commodity and very often a luxury; something that consumers are willing to pay for in order to prioritise things they really want to do, such as spending time with family and friends or trying new experiences for example rather than doing chores and everyday tasks

In fact, time itself has become a form of currency, as shown by the price premiums commanded by highly efficient and effective convenience products that better facilitate busy lifestyles.

Financial pressure and economic anxiety in today’s world has intensified the need to work more and for longer, placing greater restrictions on personal
downtime. Plus non-standard employment hours and the increasing number of people working from home has meant that the lines between work and private lives are blurred, giving the perception of having less time, whether or not this is actually the case.

A recent study by YouGov highlighted the greatest appeal of smart appliances was that ‘they make my life easier’, it is therefore no surprise that home assistants such as Alexa are becoming increasingly popular. In fact Amazon’s Echo Dot smart speaker and its built-in Alexa voice assistant dominated the 2017 Christmas sales and this year the number of Alexa-powered devices going online at once during the holiday season caused the Alexa servers to crash.

Trend-Monitor’s own research looked at the role of technology in the bathroom and whilst bathroom technology in general got a rather lukewarm response, it was clear that there was interest if the technology could be proved to be practical rather than gimmicky and ‘made the bathroom easier to use’.

However, consumers are not just turning to technology to save time. Convenient delivery times, help with the set-up of new products, disposal of old products, local support desks, developing smaller more portable products are all ways to provide a service that makes consumers’ lives easier. 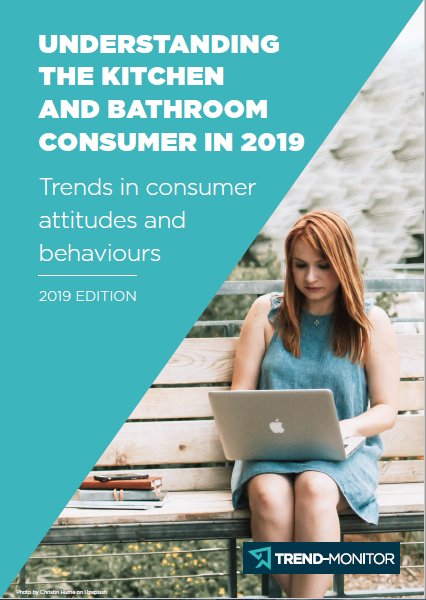 With the focus of 2018 being so much on Brexit and its unsettling influence on the UK economy, it is tempting to view all consumer behaviours through the ‘Brexit’ lens, when in reality, consumer behaviours and attitudes are moulded by many different influences and drivers.

The Post-Covid Household in 2021 and Beyond