This report by Ethical Consumer shows despite government measures slowing down green spending, more consumers are attempting to improve the sustainability of their purchasing.

Government changes to taxation and subsidies have caused the collapse of two key green markets. Falling sales for solar panels and energy-efficient cars accounted for the slow growth seen by the ethical market overall which, at +2.5%, was outstripped by inflation in 2017.

In many sectors, consumers are turning towards more sustainable options as their concern for the environment grows. Green energy grew an impressive 56.3% in 2017.Ethical clothing increased by 19.9% and buying second-hand clothing for environmental reasons increased 22.5%, in a year which saw much media about the environmental impacts of fast fashion.

Ethical Food and Drink was also up 16.3%, the largest increase since 2012, fuelled by growing sales of vegetarian products. The strength of such spending is remarkable since UK retail sales fell in 2017 for the first time since 2013 and have remained challenging since.

A YouGov survey carried out by Ethical Consumer also exposed growing environmental concern. Over a quarter of those who responded to our YouGov survey stated that they had avoided buying a product or using a service due to its negative environmental impact in the past year – an increase of 65% since 2016. 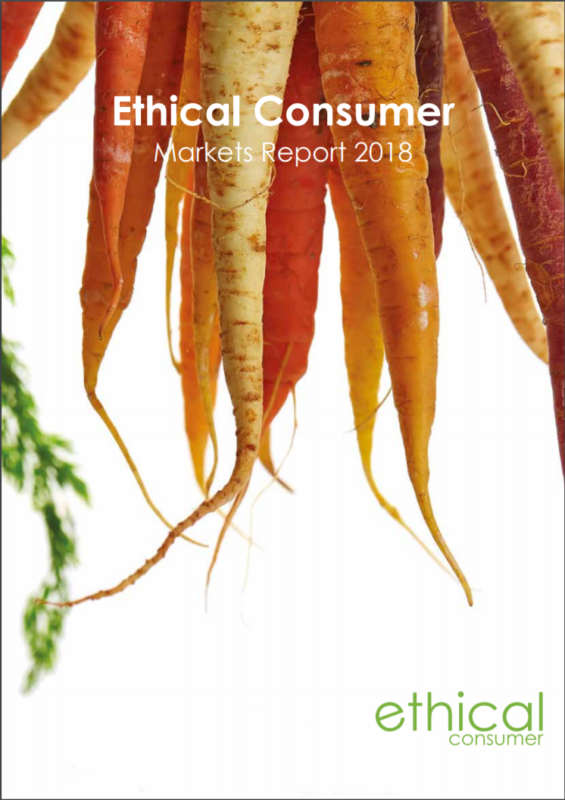