Colour is back on the bathroom agenda for ISH 2019

Colour has been making a comeback in kitchen design for some time and it is now officially returning to the bathroom.

Colour has been making a comeback in kitchen design for some time and it is now officially returning to the bathroom. #bathroomcolourtrends Click To Tweet

Messe Frankfurt has been running the show’s Pop Up My Bathroom trend platform since 2009, and this year one of its key focuses is to be the ‘Colour Selection’, which it is organising in conjunction with VDS – the Association of the German Sanitation Industry. This section will be highlighting the wide variety of possible applications when it comes to the use of colour in bathrooms, and the 12 key colour trends that it believes are on the horizon.

“We decided to choose colour in the bathroom as our theme because, after a long white phase, it is set to have a very strong and striking impact on bathroom design – not just because the bathroom is clearly taking some of its cues from lifestyle trends, but also because it’s all about personalisation, a cosy feel and emotionalism,”

“It goes without saying that surfaces have always been an important issue. But colour is increasingly being discussed independently of surfaces – and being used a lot more boldly too.”

The emergence of stronger, more vibrant tones takes the form of yellows, oranges and reds, says Messe Frankfurt, and also what it refers to as a ‘Nordic Freshness’ with blues and greens. Gold, platinum, brass and copper are being incorporated as metallic accents and design highlights. Black is being used on its own, but also to create a contrast to richer tones.

It’s worth noting that several of the new colour preferences stem from a neutral palette. Grey, brown, and ‘greige’  (a neologism of grey and beige) represent a departure from the all-white schemes that have been preferred up until now, but nothing too startling.  Equally, the move into pastels also represents a gentle transition into the colour spectrum.

A developing theme is that several colours are being used in harmony with each other, with perhaps one shade being dominant.

“It is about a holistic approach to colour concepts in the bathroom, which perhaps appear, at first glance, to contradict one another in the mix of styles,” says Wischmann.

The latest colour trend has been helped along in part by advancing technology. Waterproof wallpaper has arrived on the scene, innovations with paint and lacquer have meant that products are far more customisable than they have been previously, and the use of textiles is also becoming more frequent. But behind it all is the trend for individualisation.

“Whichever colour concept a customer decides on, the industry will be in a position to accommodate all tastes. Ultimately, it’s all about enhancing the time spent in the bathroom, and in future we won’t just be offering wood colours any more: there will be an impressive palette of options for people to choose from,” says Wischmann.

TREND-MONITOR will be reporting back on all the key trends from ISH 2019.  Keep a look out in our Trade Show Guides section 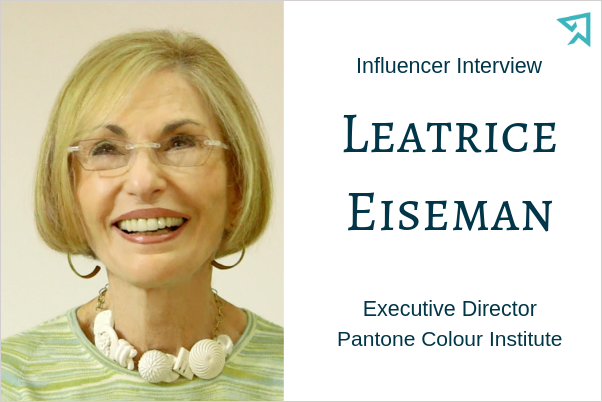